How long before we yet again get asked the facile question "if you don't believe in god why spend so much time arguing with the religious?". This is why! It's because they aren't satisfied inventing imaginary rules for themselves to abide by. Instead they want to force us to abide by them too. Islam has no place in Britain.

I love how this vile low-life falls back on the common "hey, don't blame me, it's what my god wants", Which is generally the excuse the religious use to defend their abhorrent views.

The friendly atheist blog has a nice post where readers are encouraged to come up with ads the religious could use on their bus ads.

“we have no way of knowing if there is a god, but if there is, we are certain we have picked the right one out of the thousands invented”.

“religion; you better believe it because it’s the easiest way we have of making you do as we say”

“hate gays? Religion gives you a socially acceptable excuse for being a bigot”

what are your suggestions?
By [ Matt ] 29 comments:

Those pesky gays and their agenda to devalue heterosexual marriage!

In an outrageous radio interview the sweaty, bloated face leader of the catholic league, Bill Donohue, denies that child abuse occurred in Ireland, called the victims "gold diggers" and then tried to trivialise the scandal by bitching about how protestants weren't investigated and how we always pick on the poor little catholics.

This man is a seriously nasty piece of work and I'm frankly disgusted that catholics allow this fat shit to speak for them.

Catholics; Grow some balls, develop some integrity and exercise this morality you keep telling us about and publicly oppose everything this man says. Or would you rather, as you normally do, tow the party line and try to cover it up?

This pretty much sums it up. 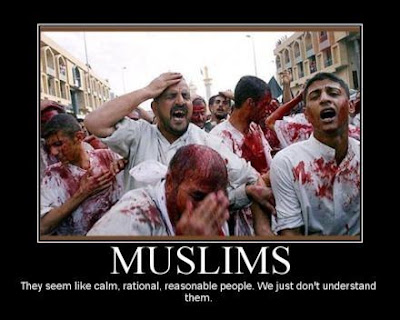 Richard Dawkins new book The Greatest Show on Earth: The Evidence for Evolution

is available to pre-order from amazon now and is due to be released Sept 29th.

The book was initially going to be titled "just a theory?", which is a good title. But i think "the greatest show on earth" is better and really does sum up how fascinating evolution is.

So go and pre-order your copy of The Greatest Show on Earth: The Evidence for Evolution

This is a nice video showing the centre of the milky way rise up over the horizon as seen from Texas.

Military personnel threw away, and ultimately burned, confiscated Bibles that were printed in the two most common Afghan languages amid concern they would be used to try to convert Afghans, a Defense Department spokesman said Tuesday.

The unsolicited Bibles sent by a church in the United States were confiscated about a year ago at Bagram Air Base in Afghanistan because military rules forbid troops of any religion from proselytizing while deployed there, Lt. Col. Mark Wright said.

Such religious outreach can endanger American troops and civilians in the devoutly Muslim nation, Wright said.

"The decision was made that it was a 'force protection' measure to throw them away, because, if they did get out, it could be perceived by Afghans that the U.S. government or the U.S. military was trying to convert Muslims," Wright told CNN on Tuesday.

I smiled knowing how outraged the christian right will be.
By [ Matt ] 2 comments: