Ok this settles it, Christians are morons.

A Baltimore pastor who worked with developmentally disabled people was charged Friday with befriending a blind and disabled man in his care, then paying a hit man $50,000 in church funds for an execution so he could collect life insurance money.

Police say Kevin Jerome Pushia, 32, who worked for four months as an operations manager for the Arc of Baltimore before abruptly quitting in January, confessed to plotting to kill Lemuel Wallace.

Pushia told police he persuaded Wallace and "numerous" other mentally challenged individuals to list him as a beneficiary on insurance policies.

A terse notation in Pushia's planning calendar for Feb. 5, the day after Wallace was found dead in a Leakin Park bathroom stall from multiple gunshot wounds to the head and back, reads: "L.W. project completed," police said.

Feel free to link to this the next time a xian claims our morality is derived from religion.
By [ Matt ] No comments:

For anyone who has seen Anthony Powell's (aka Tony48219) videos on youtube it's apparent that the man was suffering from a serious mental illness. He would often rant incoherently about the virtues of his christian life, evolution and the immorality, anger and stupidity of atheists, and rarely got through a sentence without uttering numerous expletives. His hatred for women was also apparent in one video entitled "black women don't deserve respect" where he tells women to be obedient and submissive to their "kings".

Nobody, apart from "liz" on FSTDT, thought that his mental instability and hatred for women would lead to the events which unfolded on Friday, April 10 2009, when Anthony Powell, 28, took a gun to Henry Ford Community College and murdered 20 year old student Asia McGowan before killing himself.

I don't think Anthony Powell's religion caused him to become a murderer, instead i think his delusions lead him to be a christian, and his hatred and mental illness caused him to be a murderer. Despite the fact that the christians on youtube are frantically trying to distance themselves from this as if the only important thing here is the reputation of their silly little cult.

Good job for Anthony Powell his god was imaginary, otherwise he would be in a lot of trouble right now.
By [ Matt ] 13 comments:

Bishop Of Aston Demands We Abide By His Religions Rules

"waa waa, stop playing football on our special zombie man day" was the demand coming from numerous religious fanatics intent on forcing everyone else to abide by their rules this easter.

In a letter sent to Richard Scudamore, CE of the premiership, the Bishop of aston said

In rearranging this fixture in this manner you show disdain for the religious traditions of this country, and the sensitivities of many employees and football supporters.

Well, bish, listen up and listen carefully. shove your traditions and shove your sensitivities. If you don't want to watch football on easter then don't, but don't you dare try to prevent me, or anyone else, from doing something based on your primitive cults rules and your imagined laws. YOUR RULES APPLY ONLY TO YOU.

the bish tried to veil his demands in the guise of a soggy "won't somebody please think of the elderly!" plea by claiming

Often the elderly or infirm, who make a special effort to attend church on Easter Sunday, are placed at risk due to the crowds.

Email ThisBlogThis!Share to TwitterShare to FacebookShare to Pinterest
Tags: UK

Obama: The Next Best Thing To An Atheist President

There is no denying that Obama is a "man of faith", but as a responsible president intent on upholding the constitution - something which the religious right always claim to be in favour of - He is the next best thing to an atheist president regarding his position on the separation of church and state and his unwillingness to introduce public policy forcing people to abide by a particular religions rules.

America, despite being continuously and wrongly called a christian nation, is still the only nation on the planet to have it's secular status written into it's constitution, and Obama, thankfully, understands the implications of this and understands that a president, regardless of his personal beliefs, is responsible for an entire nation and their well being, not just the majority and their imagined rules.

In his short time in office i have been impressed with Obama regarding his attitude to those who don't ascribe to his beliefs.

I was impressed with his talk about why government needs to be secular, calling the sermon on the mount "a passage so radical, it's doubtful our own defence department would survive it's application".

I am impressed with his plans to rescind Bush's conscience clause, a law permitting medical practitioners to refuse treatment to people on religious grounds.

I'm impressed with him sending invitations to the white house Easter egg roll to families lead by homosexual couples.

I'm impressed that every time he talks about religious groups he acknowledges the fact that atheists exist and that he has to accommodate them too.

I'm impressed by his reversal of legislation prohibiting federal funding being used on stem cell research, legislation introduced because a bunch of radicals assume that every cell has a soul.

Do i agree with everything Obama has done? No. But as long as his motivation is not a religious one i can't help but respect the method he uses to make his decisions.
By [ Matt ] 3 comments: 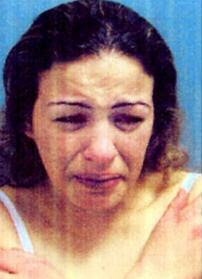 You'd think that if someone confessed to beating a two year old child to death over four days leaving her with 55 separate injuries from head to toe there would be anger over the death and anger towards the person responsible. Not in Islam there isn't. In Islam, like usual, they have ignored the heinous crime of infanticide, ignored the fact that a child was systematically abused to death and instead focused their feigned outrage, like the perpetual cry baby victims that they are, towards the fact that this poor baby murderer had to take her rags off when having her mugshot taken.

Apparently not concerned about this child's death and the fact that his wife had confessed to killing her niece, Alaeddin Hadid, husband of the baby murderer Nour Hadid, said Orland Park police are "really going to be in big trouble" for releasing the photo of the confessed murderer to the press. Not as much trouble as your wife is in, pal.

Alaeddin added "It is against our religion; we do not do this in our culture". Obviously talking about removing the hijab, not about killing babies.
By [ Matt ] No comments:

We all know about the systematic sexual abuse of children within the Abraham faiths. It's so widespread one could be forgiven for thinking they were invented specifically as sadistic paedophile rings in which filthy old men can rape children. We have mohammad, the illiterate bronze scumbag who married and raped a child of 9, we have catholicism which has paid out literally billions of dollars to victims of rape by these so called "men of god" and in judaism we have the little known practice of Metzitzah.

For those who don't know, Metzitzah is the practice of sucking a freshly circumcised penis of a child to, allegedly, "clean the wound". That's right. They take a razor blade to a 8 day old child's penis, slice off the bits god, in his wisdom, doesn't like and then proceed to suck it.

Now it's easy to right this off as just another one of them wacky religious rituals, but the gravity of this procedure can't really be understand unless we think about what is being done. Something which, if done for any reason besides religion, would mean you get sent to a mental institution indefinitely.

If someone can think of anything, other than religion, which could justify mutilating a week old babies penis and then sucking it id love to hear it.

Another Lying "Christian" Exposes Himself - It's Rick Warren, Again.

If you are going to be a liar you should 1) have the brains to not get caught by exposing yourself on national TV and 2) not claim you believe in an invisible man who dislikes liars.

Rick Warren apparently doesn't understand this concept. He is one of those liars who is both incompetent and a hypocrite.

Whilst on Larry King Rick "liar" Warren made the following statement;

During the whole Proposition 8 thing, I never once went to a meeting, never once issued a statement, never--never once even gave an endorsement in the two years Prop 8 was going.

Apparently completely oblivious to the fact that he had previously issued a statement instructing his flock how to vote on prop 8. In this video you can see him, contrary to what he claimed on Larry King, Saying "let me say this very clearly. we support proposition 8, and if you believe what the bible say about marriage you need to support proposition 8"