The Difference Between Animals And Muslims

Something which is very common in the animal kingdom is a general sense of compassion for the young. Animals, Including humans of course, Feel compelled to not just care for a nurture their own young, But also the young of another animals, even another species. Some social species live in groups which have an assigned group of females whose job is to look after the young of the entire group in what has been described as a nursery. We have heard countless stories of a member of one species adopting and raising an infant from an entirely different species, In some cases even spontaneously lactating in order to feed the infant.

Love for the young is widespread among animals. 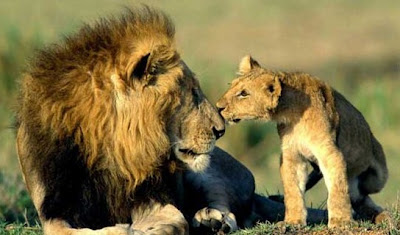 Dad sits still as his son tries to find his way around the world by his sense of smell. 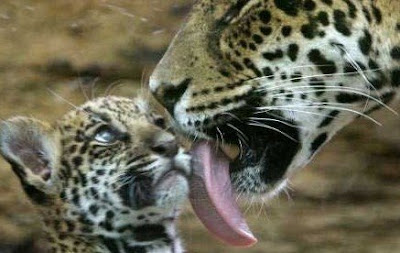 Even baby leopards get dirty faces. And mum knows it's her job to keep baby clean and free from infection. 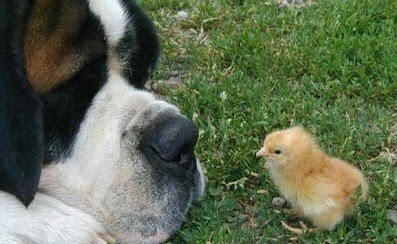 A huge St Bernard lays in a state relaxation as a baby chick investigates. 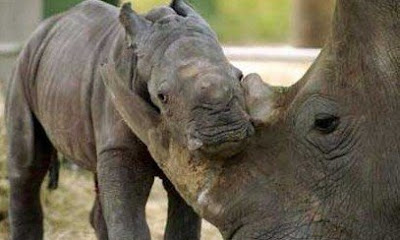 So what could possibly make someone lose what is apparently a universal bond between adult and infant? what one force could make people reject a feeling as strong as a parents need to protect their child? Religion, Of course. But religion doesn't only have the capacity to remove the strong need to protect the young, it also has the capacity to make people swing in the exact opposite direction and even intentionally cause harm to their child and inflict pain and suffering on their child. And for what reason? because it's what their god wants. 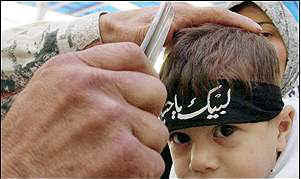 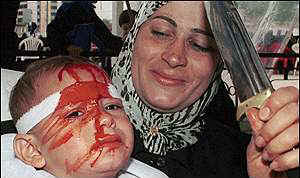 Mum looks on gleefully as her child bleeds heavily from a wound she just inflicted on him. 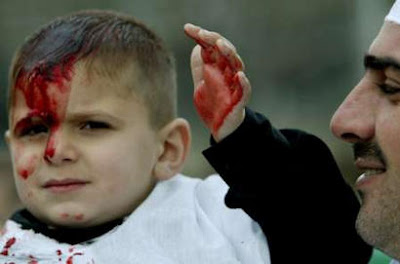 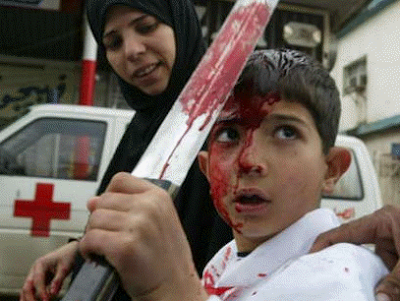 The more it hurts the happier god, And mum, Will be.

So what is the difference between animals and mulsims? Compassion and and an inherent need to protect the vulnerable. Just one more reason why atheists care about religion.
By [ Matt ]