Church Tells Flock To Sit In A Cupboard 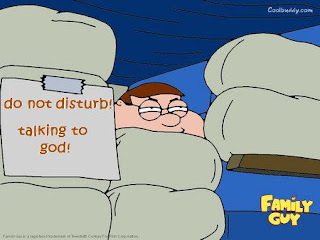 Recognising that their flock mostly consists of socially inept, mentally ill loners the church of England has published a book telling it's followers to create a "prayer den" in the cupboard under the stairs and instructs them (adults!) to sit in it when life gets too much.

In the book called Love Life Live Lent, which gives worshippers ideas for how to mark the 40-day period before Easter, believers are told about the "stress of modern life" and given ideas about how to create a sanctum of solice. Three of the suggestions are sitting in the cupboard under the stairs (which is probably the creepiest thing i have ever heard), Sitting on a shelf or creating "prayer den" using "furniture and blankets" (something which i believe 5 year olds refer to as "a fort").

Followers are also instructed to decorate them with "pebbles, shells and feathers" (why?)

A part of my loves the idea of going round someones house and seeing them get in a cupboard, sitting on a shelf or peeking out of their little fort, Just for comedy value.

Tell me I'm not the only one who finds this infantile and creepy.
By [ Matt ]