The Difference Between America And England

As a British citizen, And more specifically an Englishman, I can't help almost constantly being reminded of the differences between America and England, Especially when it comes to religion. In America religion is an important part of society, Even for those who don't believe in it due to the influence it has on public policy and education. In England however we have a comparatively relaxed approach to religion and our motto seems to be; "say what you like about religion, We all know it's bollocks. But try not to piss of the Muslims, You know what they are like".

The differences between the institutional approach to religion can best be summed up in the following picture. 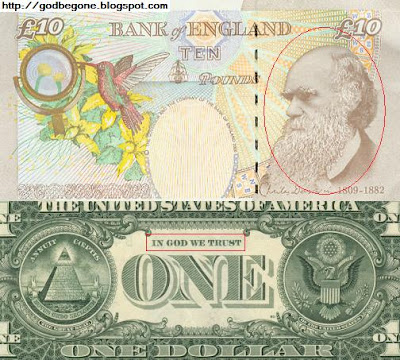 Can you imagine if in America they too celebrated someone who so fully and concisely proved a key aspect of christian doctrine to be false?